Grow up or not to grow up? that IS the question. 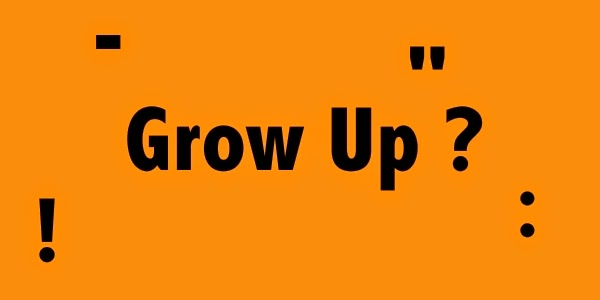 When I was a kid, I wanted to grow up and play NBA basketball.

You couldn't tell me that I wasn't going to be the starting shooting guard for the Chicago Bulls.

*Pictures myself with NBA 2K11 entrance* I didn't care that most NBA players are tall and slender while I was short and stubby. I didn't mind being half blind, that's what "Rec specs" were for.(Yea,I had Goggles!) Those thoughts didn't even enter my mind. Mom would often yell at me for shooting ball outside too late.

I WAS going to be a NBA player and that was the end of it. I admire my conviction as a youth.

I've grown a bit since those days but im still the same guy. Still short and stubby, about 5"9- 5"10...and still blind as a bat. I still shoot on a regular basis. I try to have as much fun as I can when I'm not focusing on being an adult. Most of the time I'm doing some form of work, basketballs is recreational.

Sounds normal right? Is that a good thing? Are we supposed to put what we LOVE to do on the back burner for nine to fives and businesses?

If that's what "growing up" is all about, I'm not sure I should.

Personally, I've been told to "Grow up" about 4893489734984398734 times. This may be a testament to my joking nature, but I don't take advice from people who AREN'T successful. A select few have even called me childish. I take this as a compliment.

Yes, I said compliment. Let me explain. Most overlook the strength of children. They endure some of the most heinous situations with nothing but a smile to show for it. They make everything a game and NEVER forget to have fun. Children have the greatest ambitions and the most faith. There are numerous references to "childlike faith" in the bible, but I'm not here to preach to you.

Children are FEARLESS! They'll do just about ANYTHING until people tell them they cant or shouldn't. Does that sound bad to you? Being AMBITIOUS,FEARLESS,FAITHFUL,and FUN LOVING? Sounds like a plan to me!

Fuck it, I'll be childish. If I knew myself as a child, I'd be my hero.